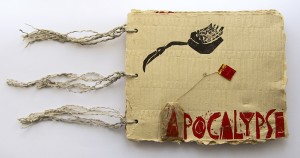 The connection between 23 April and books was first made in 1923 by booksellers in Spain as a way to honour the author Miguel de Cervantes who died on that day.

In 1995, UNESCO decided that the World Book and Copyright Day would be celebrated on this date the date is also the anniversary of the birth and death of William Shakespeare, the death of Miguel de Cervantes, Inca Garcilaso de la Vega and Josep Pla, and the birth of Maurice Druon, Manuel Mejía Vallejo and Halldór Laxness.

Although 23 April is often stated as the anniversary of the deaths of both William Shakespeare and Miguel de Cervantes, this is not strictly correct. Cervantes died on 22 April and was buried on 23 April according the Gregorian calendar; however, at this time England still used the Julian calendar. Whilst Shakespeare died on 23 April by the Julian calendar in use in his own country at the time, he actually died eleven days after Cervantes because of the discrepancy between the two date systems. The apparent correspondence of the two dates was a fortunate coincidence for UNESCO.