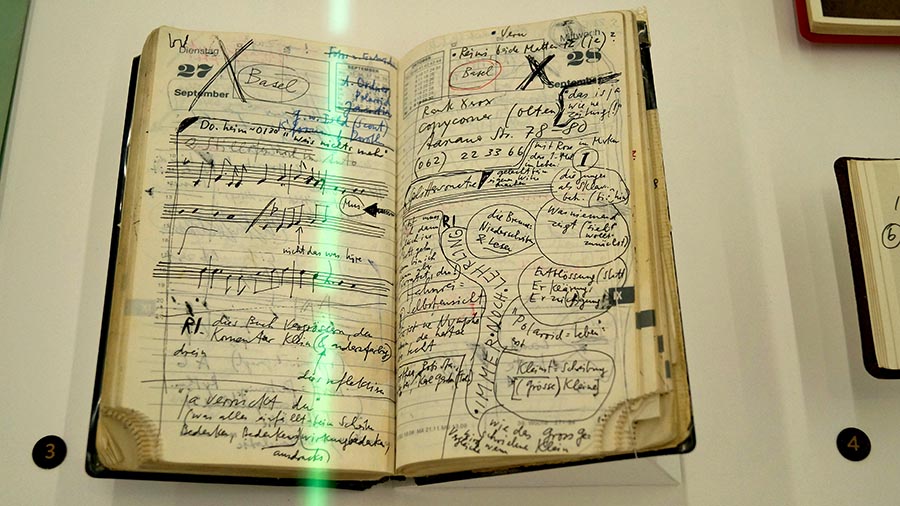 We can’t stay in silence when such wonderful artist like Dieter Roth is exhibited in the Art Book Fair, in Torino. And it is a pity – only for 3 days…

“FLAT marks the twentieth anniversary of the death of Dieter Roth, a leading figure in the history of artists’ books. The exhibition presents over one hundred of his books and the entire corpus of his handwritten diaries, testifying to the importance of a work that continues to represent an inexhaustible source of inspiration for contemporary artists. The exhibition will explore Roth’s development over a number of periods in which he refashioned books as a form of expression and as an opportunity for research, from his earliest works in the second half of the 1950s, associated with international optical art. It will then examine how he then reacted to, or more often forestalled in his disenchantment some of the more typical aspects of pop art, followed by the long period when conceptual art held sway, right up until the huge number of Copybooks produced in the 1980s and 1990s.” – text from the http://www.flatartbookfair.com/en/mostra/

German-born Swiss artist Dieter Roth (1930-1998), best known for his artist’s books, prints, sculptures, and works made of found materials, including rotting food stuffs. We should say that he was a pioneer of contemporary artist’s book. Dieter Roth created also installations, music installations and from 1980 he often created very big installation in collaboration with his son Björn and other artists. 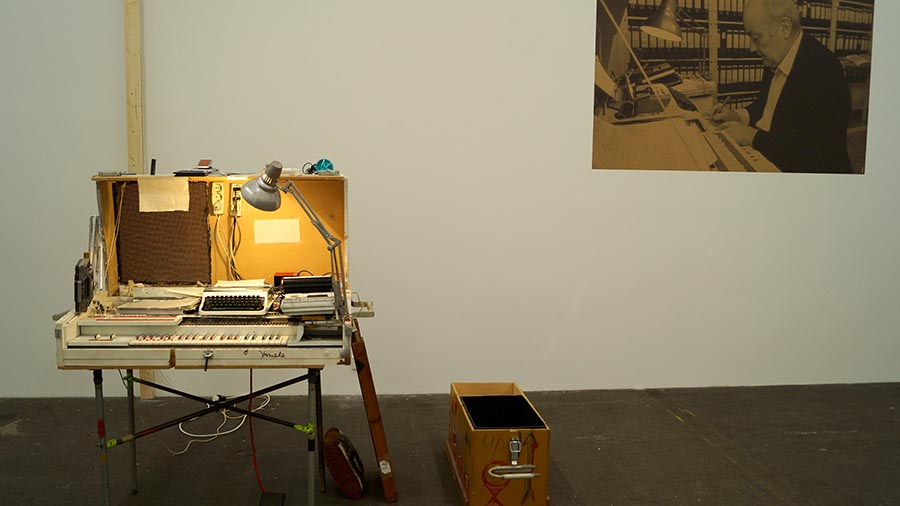 In 2015 we were showing the “7th International Artist’s Book Triennial Vilnius 2015” in Leipzig Book Fair. On the way to Leipzig we visited the “Hamburger Bahnhof – Museum für Gegenwart” in Berlin. Here was big, very big and fantastic exhibition “And away with the minutes. Dieter Roth and Music”. Not so many knows about Roth’s numerous music-related projects, which were presented comprehensively for the first time in Berlin. Some people knows Dieter Roth as a musician man, other – as an artists. We would say, he is a genius. 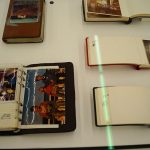 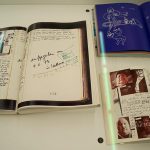 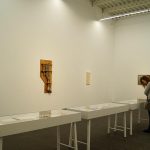 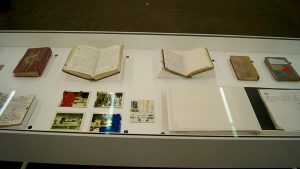 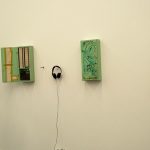 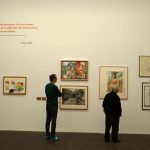 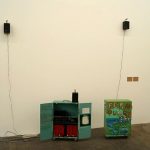 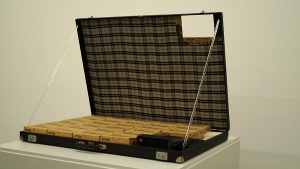 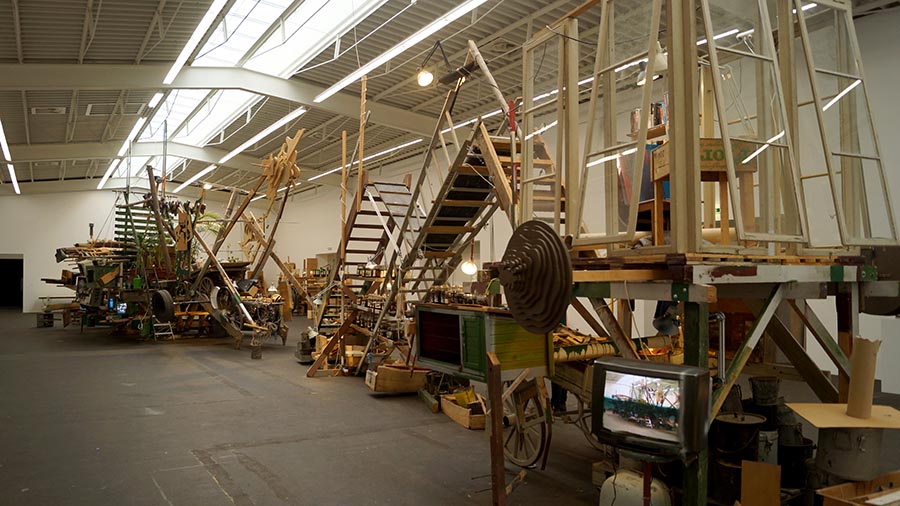 And how not to remember another Swiss great artist – Jean Tinguely, which performance in 1961 made some influence to Dieter Roth. 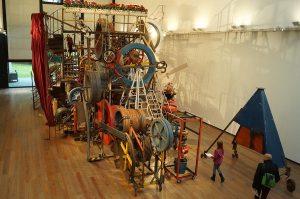 Jean Tinguely, installation in the Museum Tinguely in 2013

“Music played a major role for Dieter Roth all his life and finds its way into his oeuvre in a variety of ways. He integrated musical instruments into his assemblages as mute reliefs alongside cassette players and other audio devices, for example, and uses them as motifs in his paintings and works on paper. Roth also performed on stage as a musician, playing alone or as a member of the artist’s collective in the series “Selten gehörte Musik” (Rarely Heard Music). As a keen listener to musical styles of all kinds, he owned an extensive vinyl collection and had his own recording studio. His favourite music was classical and he loved Schubert, Brahms und Schönberg in particular.” Wrote organisers of the exhibition in Hamburger Bahnhof.