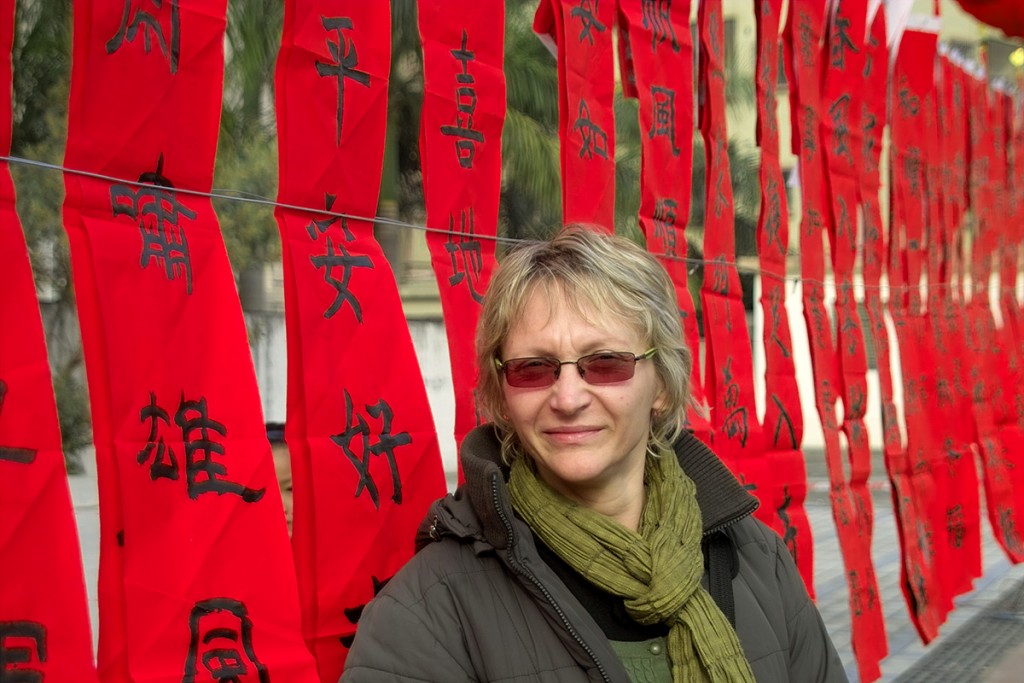 Roberta in the Calligraphy Festival in China

Soon will be the Chinese New Year, or Spring Festival. It is the most important of the traditional Chinese holidays. It is often inaccurately called “Lunar New Year”, because—as part of the lunisolar Chinese calendar—the date is partially determined based on lunar phase. The festival traditionally begins on the first day of the first month (Chinese: 正月; pinyin: zhēng yuè) in the Chinese calendar and ends with Lantern Festival which is on the 15th day.

Chinese New Year’s Eve, a day where Chinese families gather for their annual reunion dinner, is known as chú xī (除夕). It literally means “Year-pass Eve”. Chinese New Year is the longest and most important festivity in the Chinese Lunar Calendar. The origin of Chinese New Year is itself centuries old and gains significance because of several myths and traditions. Ancient Chinese New Year is a reflection on how the people behaved and what they believed in the most.

Within China, regional customs and traditions concerning the celebration of the Chinese new year vary widely. People will pour out their money to buy presents, decoration, material, food, and clothing. It is also the tradition that every family thoroughly cleans the house to sweep away any ill-fortune in hopes to make way for good incoming luck. Windows and doors will be decorated with red colour paper-cuts and couplets with popular themes of “happiness”, “wealth”, and “longevity”.

So yesterday we were participating in culture mission in Primary School. School made the Calligraphy Festival for preparing to meet the Spring Festival. Calligraphy teachers and pupils in the park were writing  calligraphy.  They were writing on red paper texts from famous Chines poets with different wishes. Everybody coud get it free. Just you had to wait, till master will write for you. We also were writing, but only our names in Chinese heroglyphs. My name was very long, it’s take five horoglyphs, and one of them means “picture”. Roberta wrote her name more buter then me.  All were very kindly. We are very happy, that we participating in such nice Festival.

Gallery “In the Calligraphy Festival”: 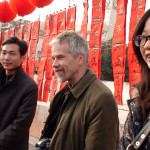 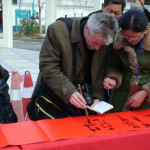 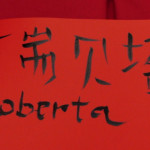 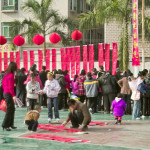 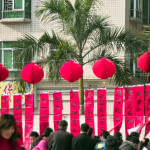 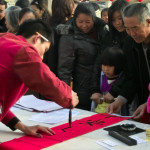 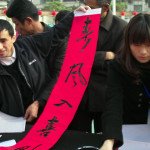 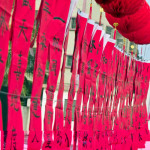 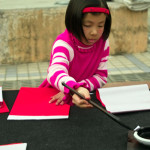 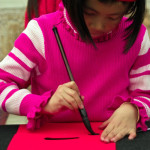 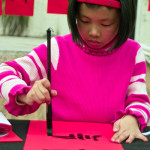 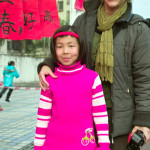