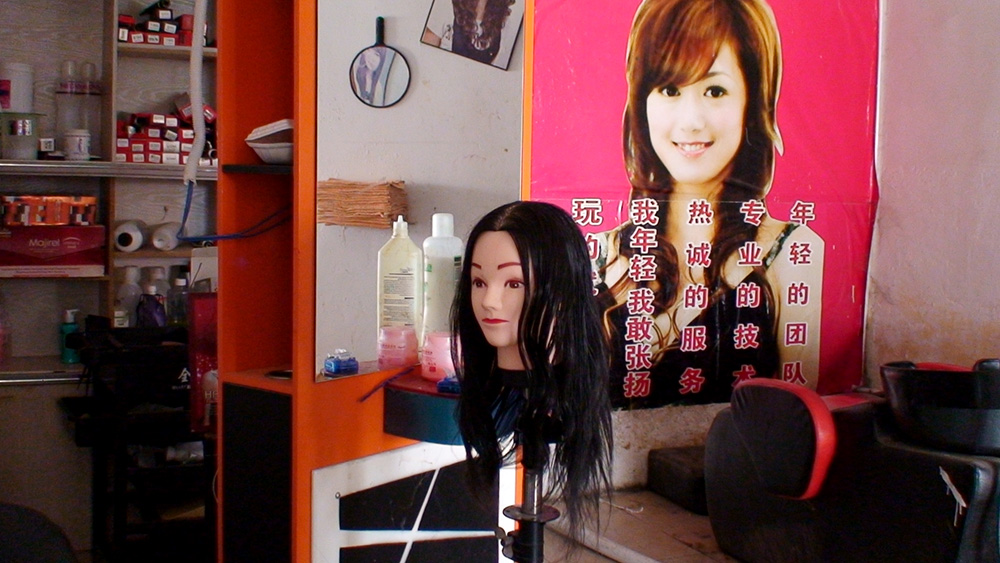 Today we’ve visited the barber’s of our downtown. Here we were gladly met by five Chinese hairdressers. Firstly Kestutis had his hair cut, because Roberta wanted to film everything. The barber’s was more like a garage with faded photographies of hairstyle examples hanged up on the ceiling. One of the barber’s even tried to speak to us in English. For ten yuans I had my hair, beard and moustache cut and also my hair washed. When Roberta had been cut, everybody were coming to touch her hair and asked in which country live people with such a beautiful hair. Before leaving the barber’s we had to make a picture together with all the boys barbers. We did it with pleasure. 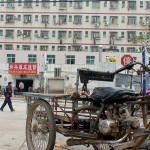 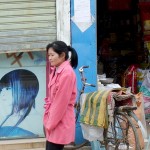 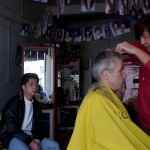 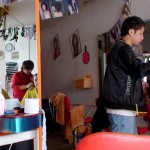 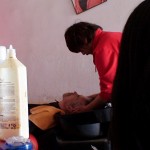 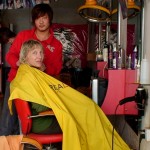 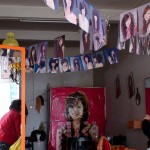 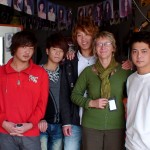 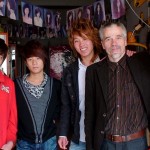 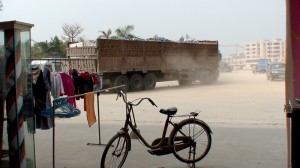 Town’s guard commander with Buddhist bracelet on his hand suggested us to climb up to the defence tower. From here we could have seen the prospect of our town.
Today we’ve participated in the opening event of graphic exhibition “Spacium Tempus”. 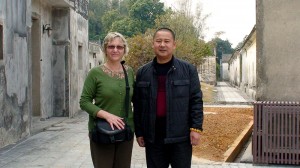 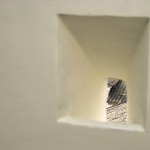 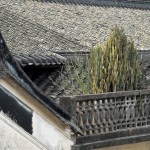 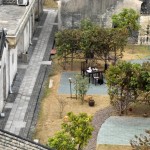 In the evening we were invited to take part the official dinner, which was organised by the municipality. It took place in the square near our studio. Here assembled about 500 people: town inhabitants, guests, artists. This event was imposed to Hakka hause – hallowing of rebuilt religious temple (zong ci) and announcing the beginning of spring festival. 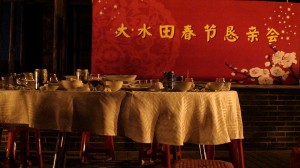