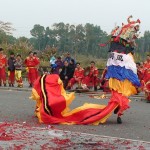 Chinese New Year – often called Chinese Lunar New Year although it actually is lunisolar – is the most important of the traditional Chinese holidays.

According to tales and legends, the beginning of Chinese New Year started with the fight against a mythical beast called the Nian. Nian would come on the first day of New Year to eat livestock, crops, and even villagers, especially children. To protect themselves, the villagers would put food in front of their doors at the beginning of every year. It was believed that after the Nian ate the food they prepared, it wouldn’t attack any more people. One time, people saw that the Nian was scared away by a little child wearing red. The villagers then understood that the Nian was afraid of the colour red. Hence, every time when the New Year was about to come, the villagers would hang red lanterns and red spring scrolls on windows and doors. People also used firecrackers to frighten away the Nian. From then on, Nian never came to the village again. The Nian was eventually captured by Hongjun Laozu, an ancient Taoist monk. The Nian became Hongjun Laozu’s mount.

Lion dance is a form of traditional dance in Chinese culture, in which performers mimic a lion’s movements in a lion costume. The lion dance is often mistakenly referred to as dragon dance. An easy way to tell the difference is that a lion is operated by two people, while a dragon needs many people. Also, in a lion dance, the performers’ faces are covered, since they are inside the lion. In a dragon dance, the performers can be seen since the dragon is held upon poles. Basic lion dance fundamental movements can be found in most Chinese martial arts. 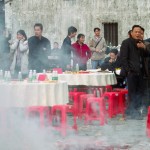 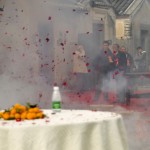 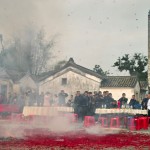 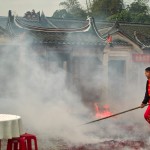 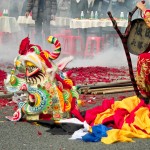 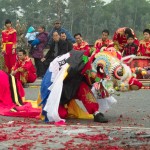 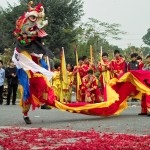 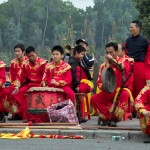 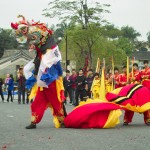 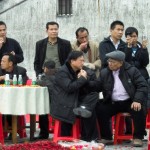 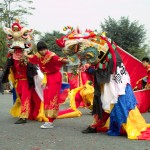 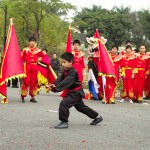 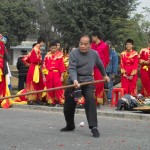 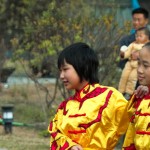 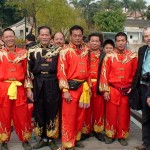