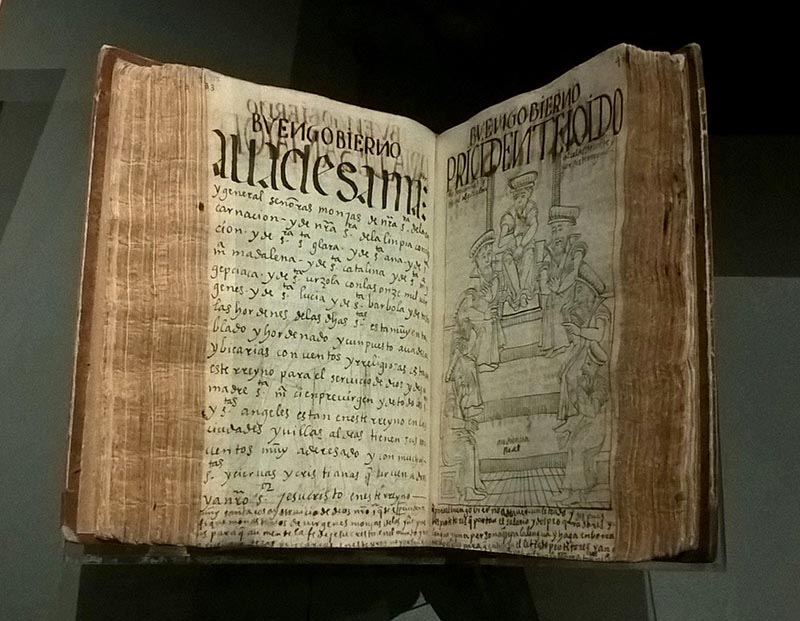 During our art journey to Denmark we have visited The Royal Library in Copenhagen where was exhibited Felipe Guaman Poma de Ayala “The First New Chronicle and Good Government” (“El primer nueva crónica y buen gobierno”). Wonderful Book, I can’t only share my impression and information about it. 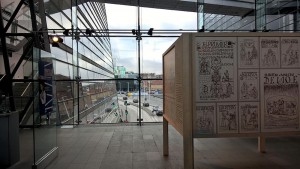 “Guaman Poma’s extensive so-called Inca Chronicle is an account of the history of the Andean region from the earliest times, as well as a series of proposed reforms of the Spanish colonial rule. The long prose text is written in Spanish with occasional use of Quechua, one of the local Indian languages. Poma himself both wrote the text by hand and drew the nearly 400 full page illustrations. These drawings graphically express the suffering of the people under Spanish rule.” – Official information of The Royal Library. 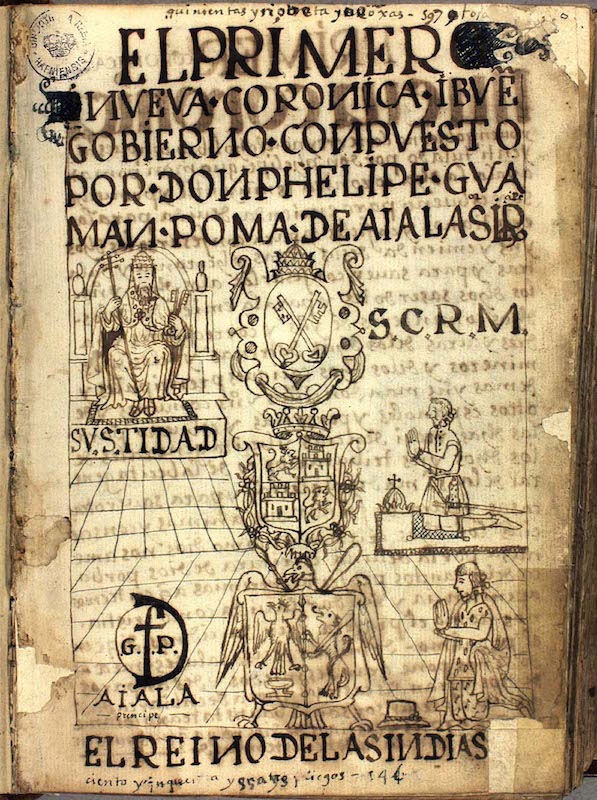 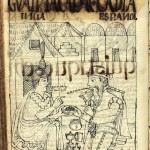 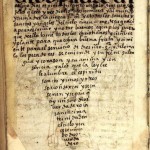 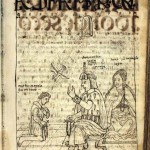 Maybe we could say that this Book – the first artist’s book made in Latin America: the idea, text and illustrations – Felipe Guaman Poma. I don’t want to say that all manuscripts are an artist’s book… it would be too simple, but they has made big influence to livre d’artiste or an artist’s book. How not to say: “Everything new is a well forgotten old”, or maybe… not forgotten. I would say that livre d’artiste created in the beginning of 20th century, if we compare with modern original artist’s books, is commercial artist’s book. Too strong? I don’t think so. Livre d’artiste was “created” for commercial purpose, only artists were too good, so it’s become in an Art. The next example would be William Blake and his “Songs of Innocence and of Experience” published and coloured “at home” in 1789. 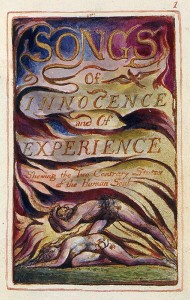 In the beginning of 20th century in Russia printed books “at home” call “samizdat”…”underground publications printed by hand”. Now simile “artist’s books” created on this style in Saint Petersburg or Moscow are an artist’s books and they are very popular in Germany and not only. Does it’s real artist’s books only because it was made “by hand”? Yes, and no. It depends how we will look on it. 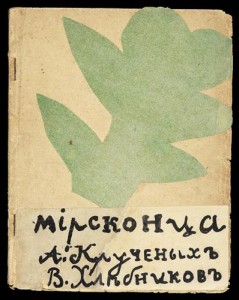 The Poma Chronicle is the original manuscript. It was lost for 300 years. When it was rediscovered, in 1936 Paul Rivet published a facsimile edition in Paris. 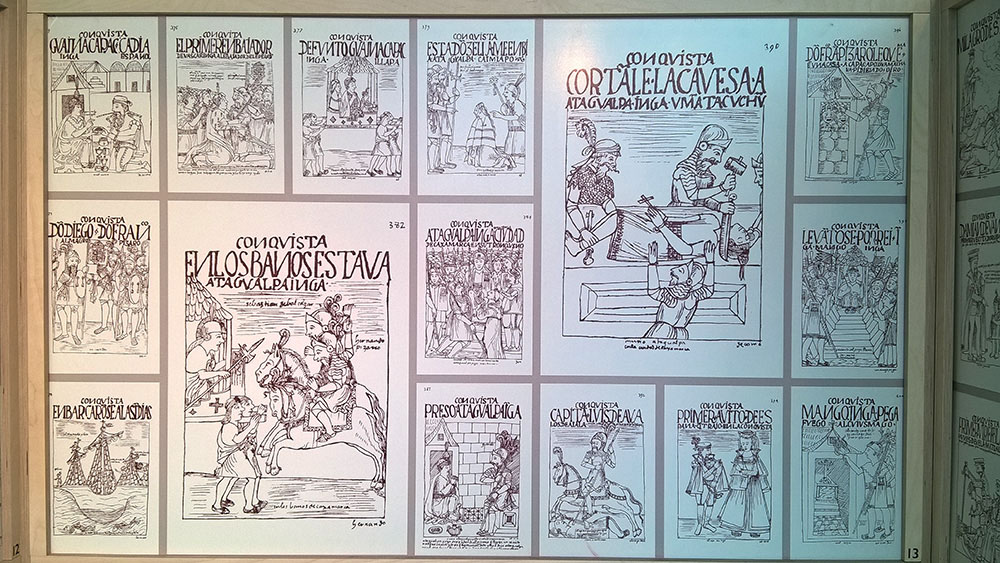 ” ‘El primer nueva crónica y buen gobierno’ (“The First New Chronicle and Good Government”) is a Peruvian chronicle finished around 1615. Its author, the indigenous Peruvian Felipe Guaman Poma de Ayala, sent it as a handwritten manuscript to King Philip III of Spain. His purpose was to give a historical account of the Andes from the earliest human beings to the Incas and the Spanish conquest; it was also meant as a call of attention towards the deep problems caused by Spanish government in the region. The manuscript was never published and its location for the next several centuries was unknown. 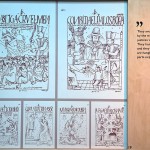 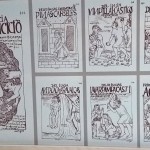 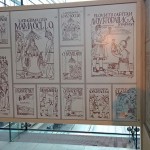 The chronicle covers ancient Andean history, the rise of the Inca empire, the Spanish conquest in the 1530s, and early colonial society and government. Guaman Poma’s discussion of Inca rule describes religion, social order, legislation, annual festivals and economic organization, as well as the functions of the different social groups. His narrative of Inca and pre-Inca times is often inaccurate according to modern understandings, but reflects how the Incas were remembered in the early colonial period, as well as Guaman Poma’s distinctive ideas. Approximately half the book is dedicated to a description and harsh critique of Spanish colonial rule; scholars consider this section of the book as a uniquely valuable and reliable historical source. The book contains a large number of detailed illustrations which are often reproduced in books and articles about pre-conquest and colonial Peru. Guaman Poma dedicated the book to King Philip III of Spain, in the hope of improving colonial rule, but there is no evidence that the king ever saw the book.” – Text from Wikipedia.