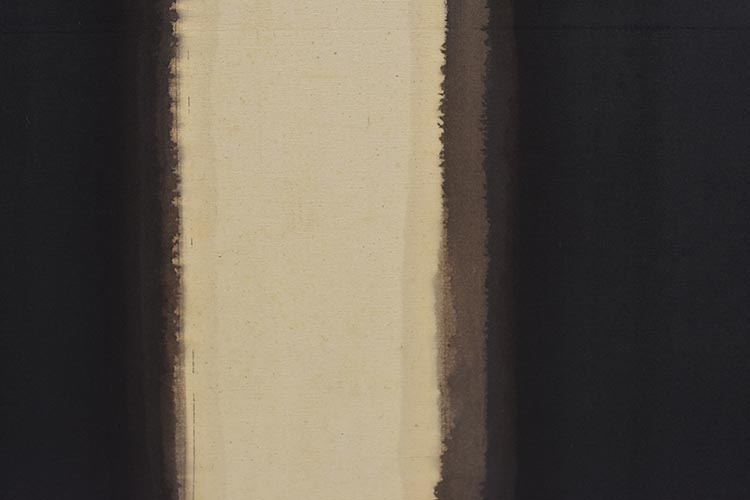 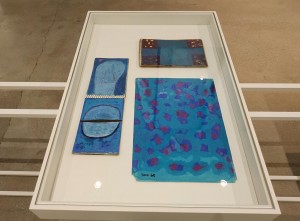 Maybe someone would say that it was simple the sketchbook of an artist, with whom I disagree. If we would look with such an attitude on artists’ creation, we would have to say that artist’s books made by Dieter Roth also are simple diaries, William Blake – small publisher, the famous artist’s book of Paul Gauguin “Noa Noa” – the simply diary from Tahiti, artist’s book of Pierre Bonnard “Parallèlement” printed by Ambroise Vollard in 1900 – book of nice illustrations… What about Yves Klein “Yves Peintures”, published by Éditions Dilecta in 1954 or Josef Albers “Formulation: Articulation” published by Harry N. Abrams in 1972. 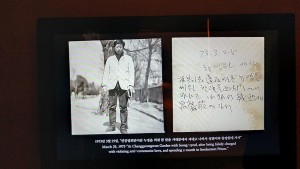 Yun Hyong-keun (1928-2007), after many year in the prisons and exile, was amongst the leading figures of the Korean Dansaekhwa art movement. “Inspired by nature, his paintings combine a palette of umber and ultramarine to create rectilinear compositions, reminiscent of traditional ink-wash paintings.” wrote Simon Lee. 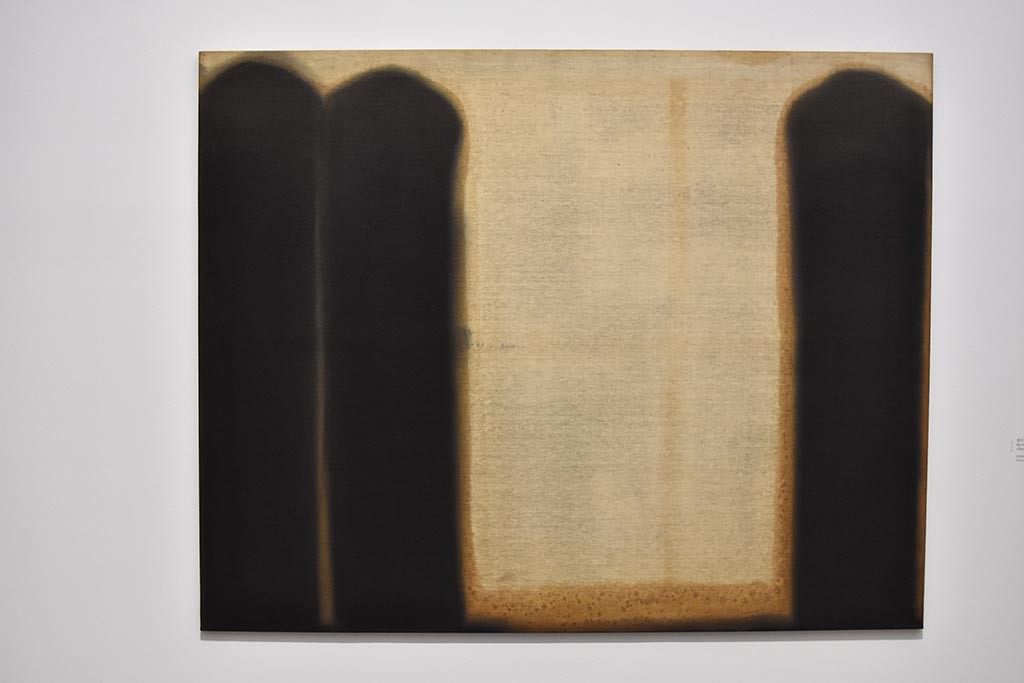 The brilliant artist Yun Hyong-keun was born in 1928 in Cheongju, North Chungcheong Province, in Korea. He lives in tragic periods of Korean history, many year have been in different prisons, escaped from executing by firing squad, again was ‘discovered’ and sent to Seodaemun Prison.

In 1973 after the Seodaemun Prison Yun Hyong-keun was blacklisted for ten years and could not find a steady job. In this time Yun Hyong-keun fully commit himself to making art. He was forty-five years old. Yun painted the series of works “Gate of Heaven and Earth”, created with blue and umber colours. (Blue representing “heaven”, umber – “earth”). His paintings are genuine and organic. And magic. With the deep feeling, Yun Hyong-keun connected the Easter tradition and abstract painting, or would be better to say not ‘painting’ but abstract calligraphy. 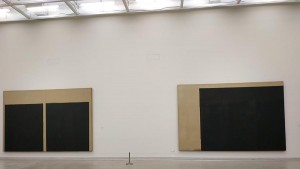 More 18 photos from the exhibition of Yun Hyong-keun