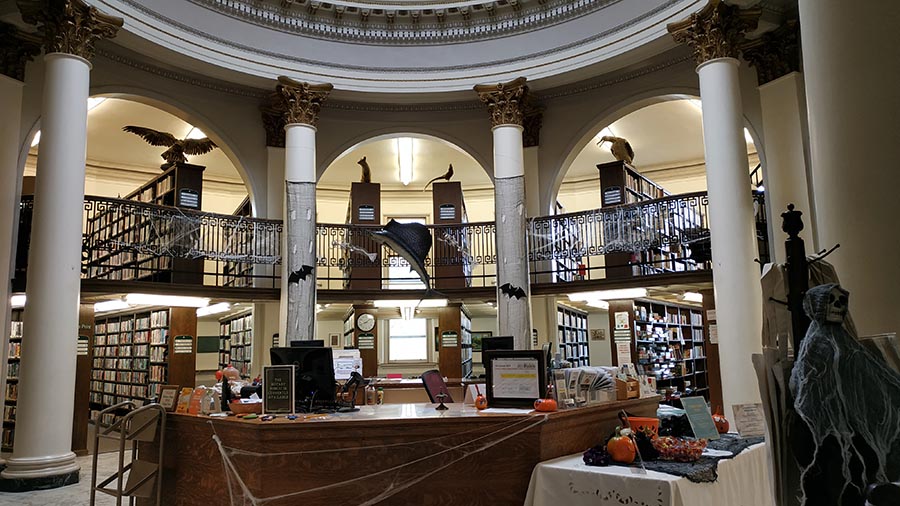 In 2019 with the “8th International Artist’s Book Triennial Vilnius 2018” I visited the United States of America. It was the first time when Artist’s Book Triennial moved in America. In the beginning, in August-September artist’s book exhibition was exhibited in the “Evanston Art Center“, IL. Later the exhibition was moved to Reed Library of the State University of New York at Fredonia.

The Reed Library of the State University was designed in 1968 by internationally renowned architect – Ieoh Ming Pei. Even now, after so much time the building of the University looks very modern and beautiful. It was a great honor to exhibit the “8th International Artist’s Book Triennial Vilnius 2018” in such a wonderful space. 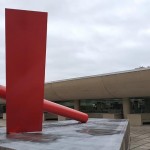 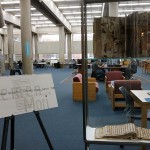 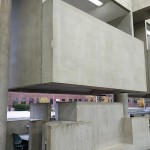 Apparently by mistake, or perhaps accidentally the opening of the Triennial was next day after Halloween… on 1st of November. Yes, yes, after Halloween in America. So, it was the first time, when I have celebrated Halloween in America, as in Lithuania, and I suppose in all Europe on 31st of October we have “All Saints’ Day”. But here, in Fredonia, in the evening of Halloween I was invited by an artist prof. Timothy Frerichs for the evening party at his house. Nice experience, after all, it is always a pleasure to drink good red wine with a friends.

In the next day, at 1st of November, in the morning we visited few wonderful libraries. I have to say, that I never used the libraries in my life, I had all good books at my parents’ house. If i need a book, I buy it, as I love to write on the book. But maybe that is the reason why I love library as a building, as a place where are some mysteries, where undiscovered books and unrecognizable letters are stored.

The first archive which I wanted to see in Fredonia was the correspondence of write Stefan Zweig. Before travelling to America, I found in the internet that the Reed Library of the State University of New York at Fredonia has big collection of it. And I had a dream to see it in reality. I visited this beautiful collection with the help of prof. Timothy Frerichs. But about that we will talk later. 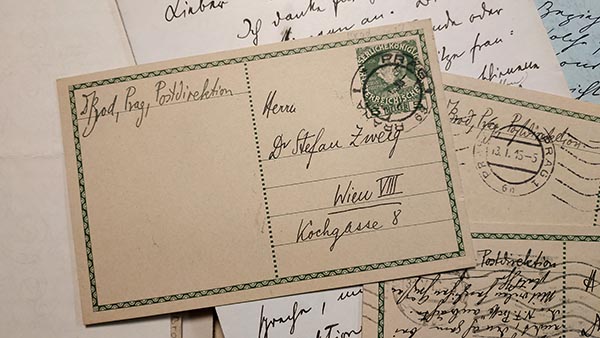 The next library on the same day, which we visited was Patterson Library in Westfield, in the small town near the Lake Erie on the highway No. 90. 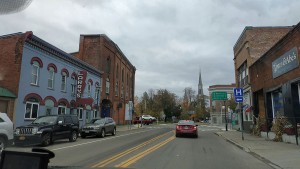 “The Patterson Library was a gift given to the residents of Westfield by Hannah Whiting Patterson as a memorial to her late parents, George Washington Patterson and Hannah Dickey Patterson. G.W. Patterson came to Westfield in 1841 to serve as the land agent for the Chautauqua Land Company. He held many public offices including that of Lt. Governor of New York State. His daughter, Hannah, was a woman of exceptional business ability and a philanthropist. She recognized the need for a public library for the citizens of Westfield and following her death on May 12, 1894, her will revealed her generosity:

‘I will and bequeath one hundred thousand dollars to found a library in the Village of Westfield to be called the Patterson Library, and dedicated to the memory of George W. Patterson and Hannah W. Patterson, his wife. This I leave in the hands of my brother, George W. Patterson, who will see that my will is carried out.’”https://www.pattersonlibrary.info/about.html 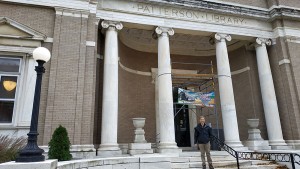 The Library was prepared for Halloween with strange installations inside. I have to say I never have seen such things in my life, maybe because I am not from America… Here the people look very seriously on Halloween. The bust of the president of USA was in cobweb. The piano, pictures on the wall – also. Everything in “cobwebs”, many strange, scary things around: spiders, Death as a skeleton, skulls, sharks. Is it all to scare children? No. Maybe no. So why? Memento Mori!? Maybe no. But what is very strange, or perhaps accidentally again, the title of our artist’s book triennial is “Memento Mori”! and we planned to open it today, one day after Halloween. 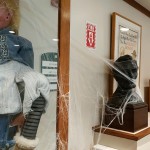 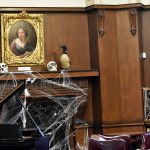 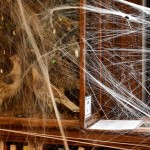 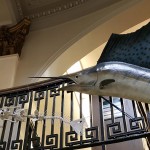 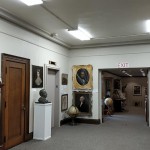 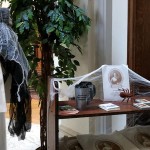 The Patterson Library has one of the largest collections of original WWI posters in the U.S.A.!  Collection has real masterpieces of graphic design from this time. 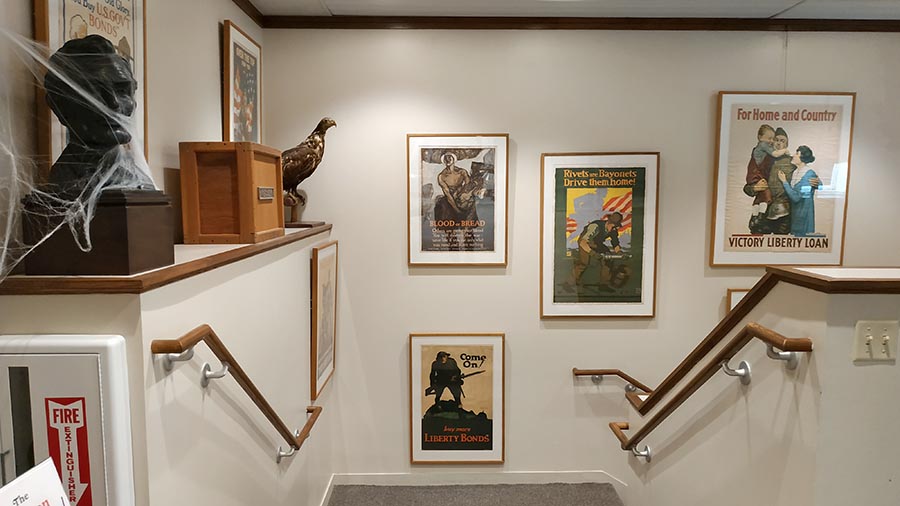 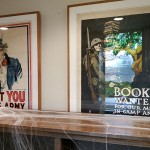 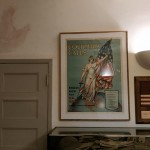 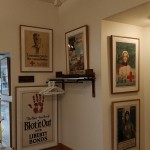 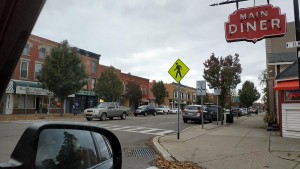 In the afternoon we drove back to Fredonia for the opening of the“8th International Artist’s Book Triennial Vilnius 2018”.